St. Sebastian's School was founded in 1941 by Cardinal William O'Connell, Archbishop of Boston. In keeping with the military spirit of the age, the School was named “St. Sebastian’s Country Day School” for Sebastian, the martyred soldier-saint. For several years, His Eminence had been considering starting a new school for the Catholic boys of Boston and the surrounding towns based on the country day school model. The idea was to educate boys of college preparatory age in an environment that mirrored the best boarding schools, while allowing the students to continue to live at home. From the beginning, St. Sebastian’s added a third dimension. Under the vision of Cardinal O’Connell, the School would actively develop the body, mind and soul of its students, with a strong emphasis on cultivating and deepening each student’s spiritual life.

Cardinal O’Connell purchased property on Nonantum Hill in Newton, previously occupied by the Country Day School for Boys of Boston, the first school of its kind in America. With Monsignor Charles D. McInnis serving as St. Sebastian’s first headmaster, the School held its first day of classes on the morning of September 29, 1941 – just two months after Cardinal O’Connell acquired the property.

St. Sebastian continues to be a role model for our boys. His values of integrity, leadership, courage and faith have never been more vital. In the weeks, months, and years that followed, Headmaster McInnis, along with a faculty of seven priests, guided these original students and the boys who made up succeeding classes to help establish the tone, reputation, and quality of education offered at St. Sebastian’s.

Over the decades since Cardinal O’Connell founded the School, much has changed, most notably the shift from priest faculty to lay faculty during the 1970s, the relocation to our Needham campus in 1983 and the appointment of the first lay headmaster, William L. Burke III, in 1990. Yet, St. Sebastian’s has always stayed true to the vision of its founder. From the outset, the School’s spiritual focus was a distinguishing quality and continues to be the cornerstone of a St. Sebastian’s education today. 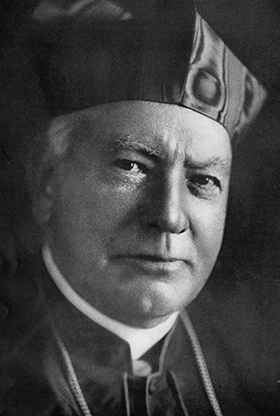 One of Cardinal O’Connell’s proudest achievements and greatest legacies was the founding of St. Sebastian’s Country Day School, which reflected his own love of learning and spiritual depth.
Powered by Finalsite