From the Court to the Stage

Mr. Burke, Father Arens, members of the faculty, fellow students, and invited guests. For the greater part of five years, I sat out there somewhere in the first six rows on the left and listened to the veterans of St. Sebastian’s offer the same advice over and over again: try something new and get out of your comfort zone. And for the greater part of five years I ignored that advice, staying in the very safe and comfortable athletics based corner of the Seb’s stratosphere. To be honest with you, I don’t even know if I would’ve left my bubble if I hadn’t been forced out by those around me. While staying at my house for the night because his parents were out of town, recent graduate Jack Adams suggested to me in the fall of Junior year that we head over to Seb’s for the second night of the fall play, “Guys and Dolls”. It was the first time I had ever been to a drama production at our school despite the fact that I consistently heard great things about them. For the next two or so hours I was captivated by the way CJ Santosuosso, Will Supple, Mac Morris, and the rest of the cast graced Ward Hall, much in the same way that a seventh or eighth grader might have watched Noah Hanifin or Danny O’Regan skate circles around the rest of the ISL down at the rink. I was jealous of how they owned the stage that night and how the audience was in the palm of their hands. It was their moment, and from then on I knew I wanted to share in something like that.

Going forward, I knew that I wanted to participate in the next possible drama club event. This was even further urged on by the fact that my mother had told me early on in my Seb’s career that I had to participate in one such event by the time I graduated. I targeted the spring revue but basketball got in the way, and I knew that my best and easiest chance to slip out of this requirement had passed. I was forced to set my sights on the fall play that next November. While I told myself that I wanted to be in the spring revue so that I could easily fulfill my mom’s wish, my desire to be a part of something greater had not quelled since I had seen “Guys and Dolls” the year before. It was always going to be the fall play.

When senior fall rolled around and I began to spend one night a week in the drama room, I covered it up with “Yeah, my mom is making me do it. I only go once a week and have 7 lines. It’s not that bad.” It wasn’t until a few weeks into rehearsal that the cheers of upperclassmen walking down to the parking lot after practice and others such instances of support from people around me made me realize that I didn’t need a cover story, that I could embrace this.

These are the moments that make Seb’s the greatest place on Earth. 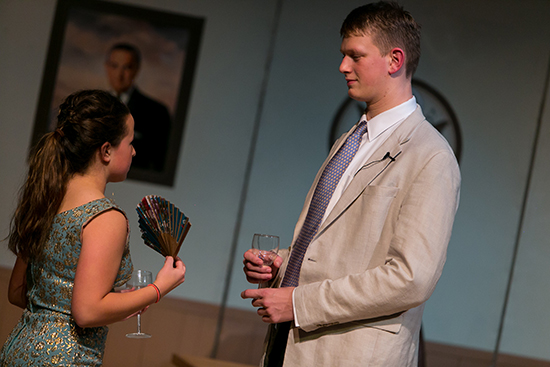 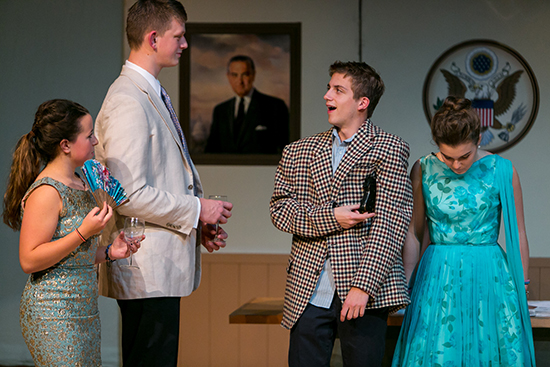 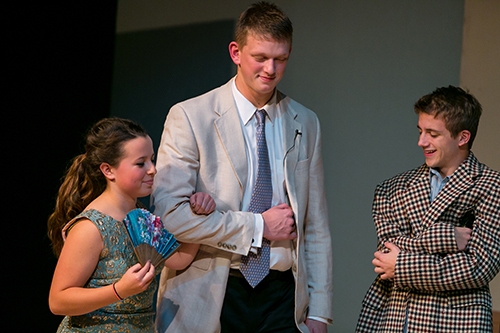 I had played in 76 high school basketball games and only participated in one high school drama production, but the nerves from the play were greater than any nerves I might have had from the 76 games combined. Although Mr. Rogers and Mrs. Stansfield had prepared us so well to the point where I didn’t know what part I could possibly mess up, I was afraid that I would somehow do something that would make it so that people like Owen Finnegan and David Korzeniowski, who spent the day leading up to the show memorizing lines in Henry’s corner during a home football game, wouldn’t be the talk of the crowd, and I knew that it wouldn’t be because of my stellar acting abilities. I didn’t want to let them down.

The performances came around and they were a slam dunk. The 5-7 minutes I participated in each night were some of the highlights of my Seb’s career, and my lack of mistakes ensured that the crowd left talking about the great performances that everyone else turned in. It was everything I had hoped it would be.

In conclusion, I hope that I can serve as an example of all the good things that can come out of trying something new at Seb’s. All of the backlash I thought I might receive, which talking about it now sounds absolutely ridiculous, was a figment of my imagination. I will look back on drama club and the fall play as one of the best things I ever did. If anything, being a part of the play made me wish I had joined five years earlier. That’s how good it was. I would like to thank everyone in the community that has made the culture one of inclusion, without you I would not have been able to jump outside my comfort zone. Special thanks to Mr. Rogers and Mrs. Stansfield for giving me a chance, and to Owen Finnegan, David Korzeniowski, and Sean Harrinton for making my eight short-lived weeks as an actor as memorable as they possibly could have been.